CyberSphere Online is a new game for iOS, which takes the player into the future, where he becomes a robot and fights with aliens. It is necessary to use not only combat abilities, but also wit and strategy. The main task - the protection of human colonies, which have settled on a new planet. Assisted by drones that appear in different locations. But to get them you have to win and move from level to level.

Download CyberSphere Online free of charge from the AppStore. 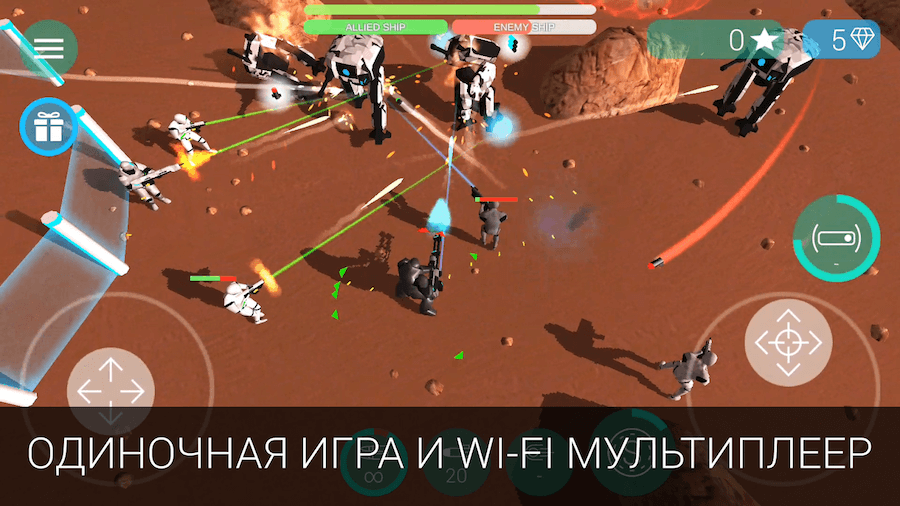 Plot and how to play

The main task of the game CyberSphere Online is to protect humanity on an unfamiliar planet with the help of robots from alien attacks. You can also use modern weapons and drones, placing them on fortifications. The main enemies of humans on the planet will be:

With increasing levels, you do not have to face single battles or enemies, but with whole armies and armies.

A special feature of the game is the detail and use of 3D graphics, and it is suitable for Android and iOS. Remember that every game and victory, you can get experience, crystals and coins. If necessary, the money is spent on rare items and weapons.

The aim of the game is to fight for a share of humans in the future with a robot, then it is important to create a good fighting machine. The game runs in multiplayer mode, so teaming up with players around the world will bring you closer to victory. Although the maximum number of players is eight. Keep in mind a few nuances:

The game CyberSphere takes place in "online" mode, advertising is present at every stage. You can get rid of it and get a lot of crystals at once. The latter help to buy weapons and increase the rank of the robot. And for a large number of points and stars after the battle, you can get additional prizes. To do this, use the secret codes:

Use cheat or the standard version of the game - it's up to you. But the secret codes and compliance with the tips, will increase your chances of doubling. Yes, and for the reliability of the codes do not vouch, the developers may well have already covered them. Play honestly.