The best decks in Clash Royale are changing almost every month, largely because of the constant changes in the balance. Apparently, it will not be possible to create a perfect price/quality ratio of cards, and the metal will stagnate, so these updates are designed primarily to force players to adapt to the changes. Otherwise, without such dynamics, people will play the same cards, which, given the fact that almost all of the top players have pumped them up to the end, does not give Supercell the opportunity to make money on donation.

By the way, one of these updates has already passed - on June 3, the developers offered another balance edit. The update affected Elite Barbarians, Bandits, Arrows, and Barbarian Barrel, which, in principle, did not affect the main archetypes, but small changes to the decks should still bring. We've been watching the meta for almost two weeks, tracking not only the games in the ladder, but also the reactions of professional players, and right now we're ready to discuss the best decks in Clash Royale in 2019.

Players are now abandoning cycle-columns in favor of 3.5-4 elixir variations. This is largely due to the efficiency of Win condition characters and the availability of good attack combinations. Recall that the top players of the ladder prefer to play off their opponent's mistakes, rarely attacking first. For aggressive play, cycle decks (2.6-3 elixir), which are designed for quick turret demolition, are just right, but they are not so good now, because current decks are much stronger, because they have counter-arguments to all known cycle combinations. 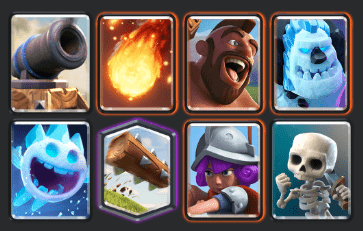 For the record, cycle decks are called that because their main task is to cycle through cards until you find the right combination. Because of this, they have relatively low cost, but good efficiency. An example of a typical cycle deck, which was the strongest six months ago:

As you can see, the attacking combo is made up of Hog, Musketeer, Golem and Spirit. Any obstacles are mopped up with a Log or Ball, depending on need. Skeletons counter characters like Pekka (and help in defense), Cannon - the same Hogs, Giants and the like. Low Elixir allows you to go over cards quickly, as well as provide a large number of units in the second part of the bout.

The best cards in Clash Royale in 2019

A great character for 3 elixirs who attacks ground and air targets. Despite his low attack speed and damage, he is still a great snapper.

Character for 2 elixirs, can handle mass units like skeletons and goblins very well. Effective at defense and offense, and does decent damage for its cost.

Oddly enough, it has recently become a popular choice as a second spell in decks. The explanation is simple - it does the same amount of damage as a discharge, but it has a larger damage radius and slows enemies. But it has to be used proactively, since it's not an instant spell.

The best attacking characters in Clash Royale in 2019

To think, Miner is picked by more than 3% decks in the game! It is the only character that can land anywhere on the map, allowing you to use it as a character that can dish out tower damage while your main troops approach. He's not bad at defense and offense, can point attack enemy units, and has synergy in almost any deck.

It used to be used in "two princes" decks, but now it's used as a second option to Giant. Sometimes there are decks where Dark Prince is played as the main win condition card, but in that case you need a powerful spell like Rocket to make up for the lack of damage. That's because this card is great against enemy groups, but doesn't hold up well against single targets.

Due to the lack of Pekka and Mini Pekka in the current melee, it shows excellent results. You can combine it with anything - Ball, Musketeers, Princes, and so on. In short, as long as you can aboot it, use it!

Best decks in Clash Royale in 2019

It's debatable - any deck in the game has the potential to be the best deck. That's why we're going to talk about the most effective decks in Clash Royale right now - playing these decks can be a good way to climb the ladder. 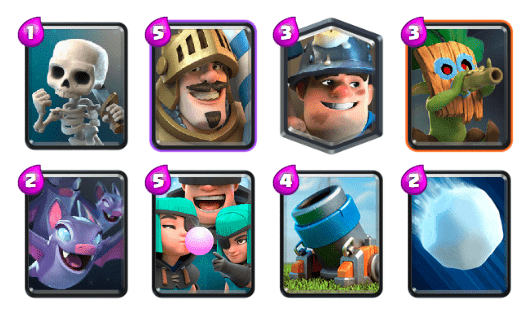 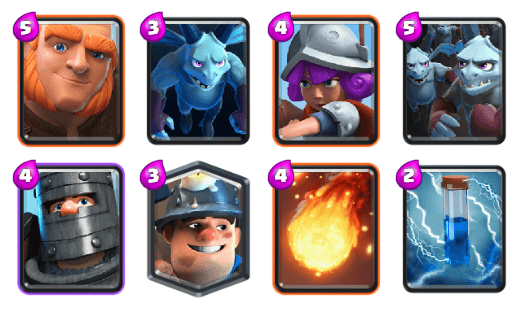 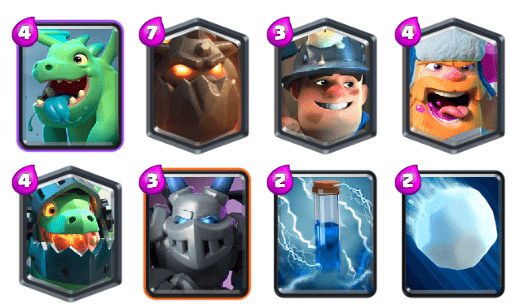 The great thing about these decks is that they are well-balanced, have counter-peaks to almost all cards, have good attack and counter-attack potential, and have good defense. All of these decks have hit 6,000 cups, so keep in mind, the decks are great. And best of all, they're not very demanding when it comes to donation.