Clash Royale is a game in the Clash of Clans universe that accommodates 2 genres: a card game and a MOBA. The game became so popular in the first days, that we couldn't help but play it and share a few tips for those who are just starting to play Clash Royale. Tips for beginners will be useful not only for beginners, but also for experienced players. We've also added a Frequently Asked Questions and various game features like Chest Dropout Tables and Legendary Pieces to give you as much insight into the game as possible.

Recall that the game Clash of Clans was selected by Apple in list of the top 10 games of 2016 year. 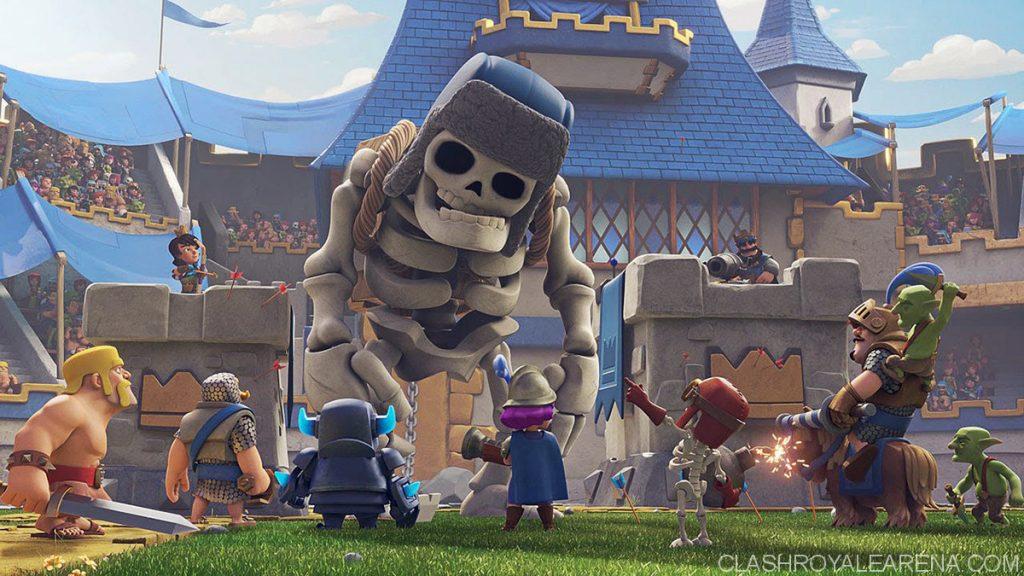 Contents hide
1 Clash Royale: tips for beginners
1.1 It's best not to go too far up the trophies (don't get carried away)
1.2 The best way to spend gems (crystals) on tests
1.3 Hand out as many cards as possible
1.4 Make the chests open all the time
1.5 Don't waste gems and gold on legendary cards and chests
2 Clash Royale Frequently Asked Questions
3 Table of falling chests or what will fall out of the chests in Clash Royale
3.1 The same is the reward you can get from the chests, but with a picture:
4 The probability of dropping a legendary card

It would be wiser to sit in the arenas below, pumping cards, because above you can meet the players with more pumped cards and believe me, you'll have a good bombshell from this.

The best way to spend gems (crystals) on tests

Hand out as many cards as possible

Not only is there an achievement that gives not a small amount of gems, but by giving away cards, you get gold and experience. Also, there is a record of how many cards you donated (handed out), it can be viewed in the profile.

Make the chests open all the time

When a chest fails to open, you lose the time it would have taken to open it. Also, this rule applies to free and royal chests, and to card donation requests.

Don't waste gems and gold on legendary cards and chests

Believe me, legendary cards, legendary chests, Super Magic Chests (SMS) and Epic Chests are sure to fall out, you just have to be patient and not waste gems and gold on it. It's better to spend the gold to pump cards, and the gems, as mentioned earlier, to test.

A: Guys, clarify still, when you go to the next arena, the cards from the previous arena (including epics) do not fall anymore?
Q: They are, but the chance becomes smaller because there are more possible cards to fall out of.

A: What is a donation? It's an investment in the game, isn't it?
Q: Donate in Supercell games is a donation of troops in Clash of Clans or cards in Clash Royale

A: How do I restore my account in the game?
Q: Write to support the game Clash Royale

A: How do I play the game with two accounts, so that both are connected to Google?
Q: If you have Root, you can use Titanium Backup to create multiprofile. If you don't have Root, you can install Parallel and log in as a second account.

A: Does it make sense to drain the cups?
Q: Yes, if you don't need the arena cards above, but that's a questionable treat.
It makes sense not to rush with their set, if you do not have enough cards in the current arena, but the next arena from the chests will fall already more cards, so it's better to go higher.

A: Why go up the cups?
Q: The higher the cups, the more cards become available, both for purchase in the store and for dropping from the chests, also, with each arena the chests improve and more cards fall from them.

A: How does the store work?
Q: All cards that may be available at the highest arena you have ever been in and below may appear in the store. You can find out by opening your information and looking at "Most Trophies".

A: How do the chests work?
Q: After a battle you get the chest of the arena in which you fought (by arena I do not mean your current arena, but the arena of the game, which can be distinguished by the style of design)
From the chest falls cards of the arena in which he was knocked out and below, that is, if you are in arena 3, but suddenly you ran into an opponent in arena 4 and you defeated him, then without reaching arena 4 you can already have a card from it!

A: I lose all the time, so what do I do?
Q: If you have a balanced deck and you're still losing, it means you don't know how to attack properly, don't attack first, beat off your opponent's attack first.

A: Is there a hack for the game?
Q: There is no break-in, not for gold or crystals.

The same is the reward you can get from the chests, but with a picture: 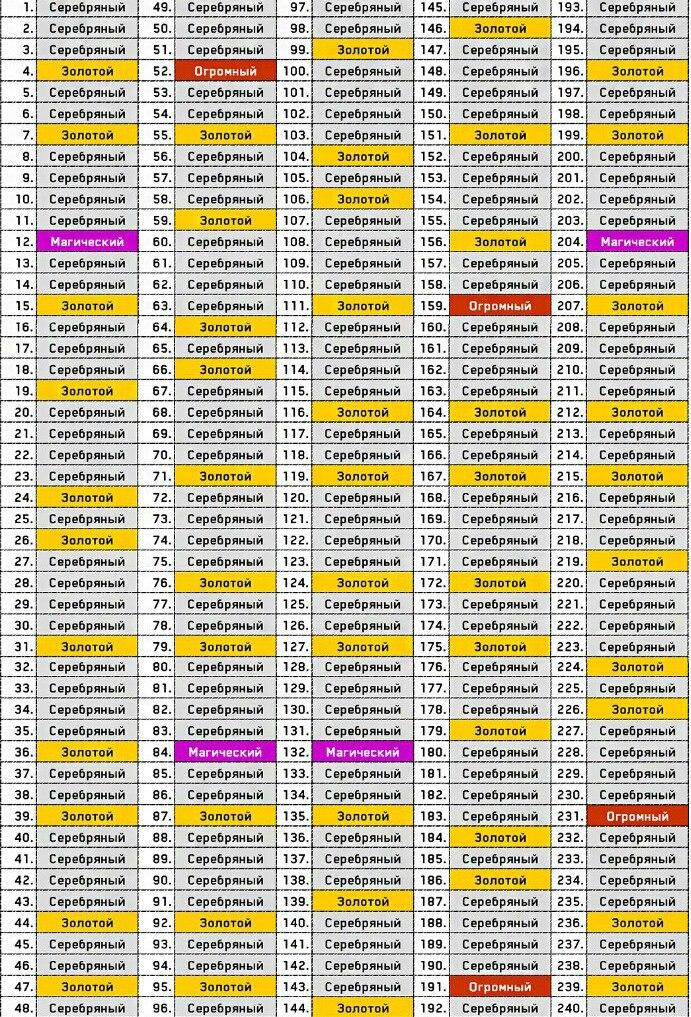 The probability of dropping a legendary card 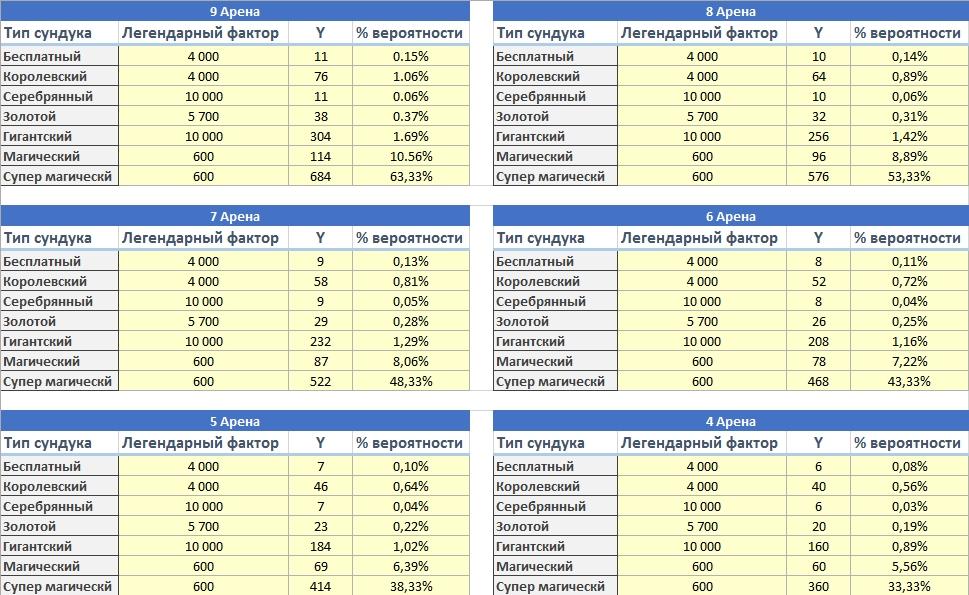