Every time a new game comes out that involves millions of players, it's exciting to start it. It's great to be in the vanguard and the first to explore a new world. But there are some players, that like to walk on the beaten track, for whom efficiency is cooler and more interesting, for them we have written this article - Clash Of Kings: Game Walkthrough Tips, that will help you to understand the game mechanics faster, to avoid making silly mistakes and to start playing, not learning. Our tips will give you an initial idea about the game Clash Of Kings. 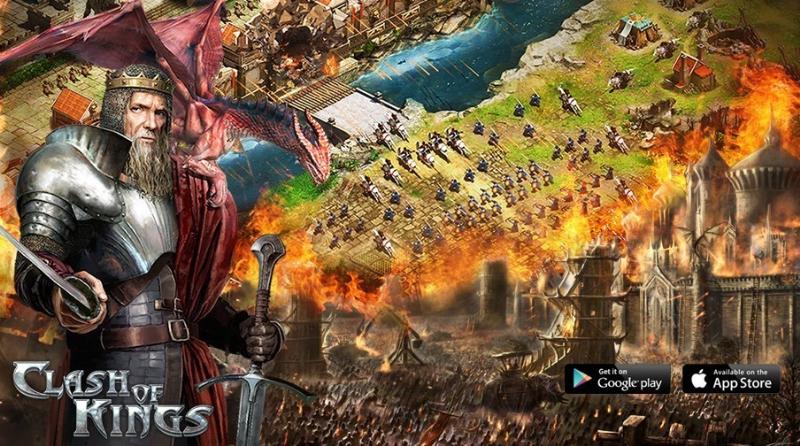 Clash Of Kings: tips on playing the game, tips, experience

1. Take the reward for the quests not at once.

Please note that if you do not take a reward, it does not affect the completion of the following quests, which may be hidden behind the current one.Rewards will be accumulated in a queue, and you can take them.For example:Then there are quests to establish your own production of resources and training a certain number of troops, scientific research, killing a certain level of monsters several times, achieving a certain level of Lord and upgrading specific buildings, etc. You can pick up the reward for the completed task at any time.Recommended quests you can perform in any order.Whereas in normal quests you must 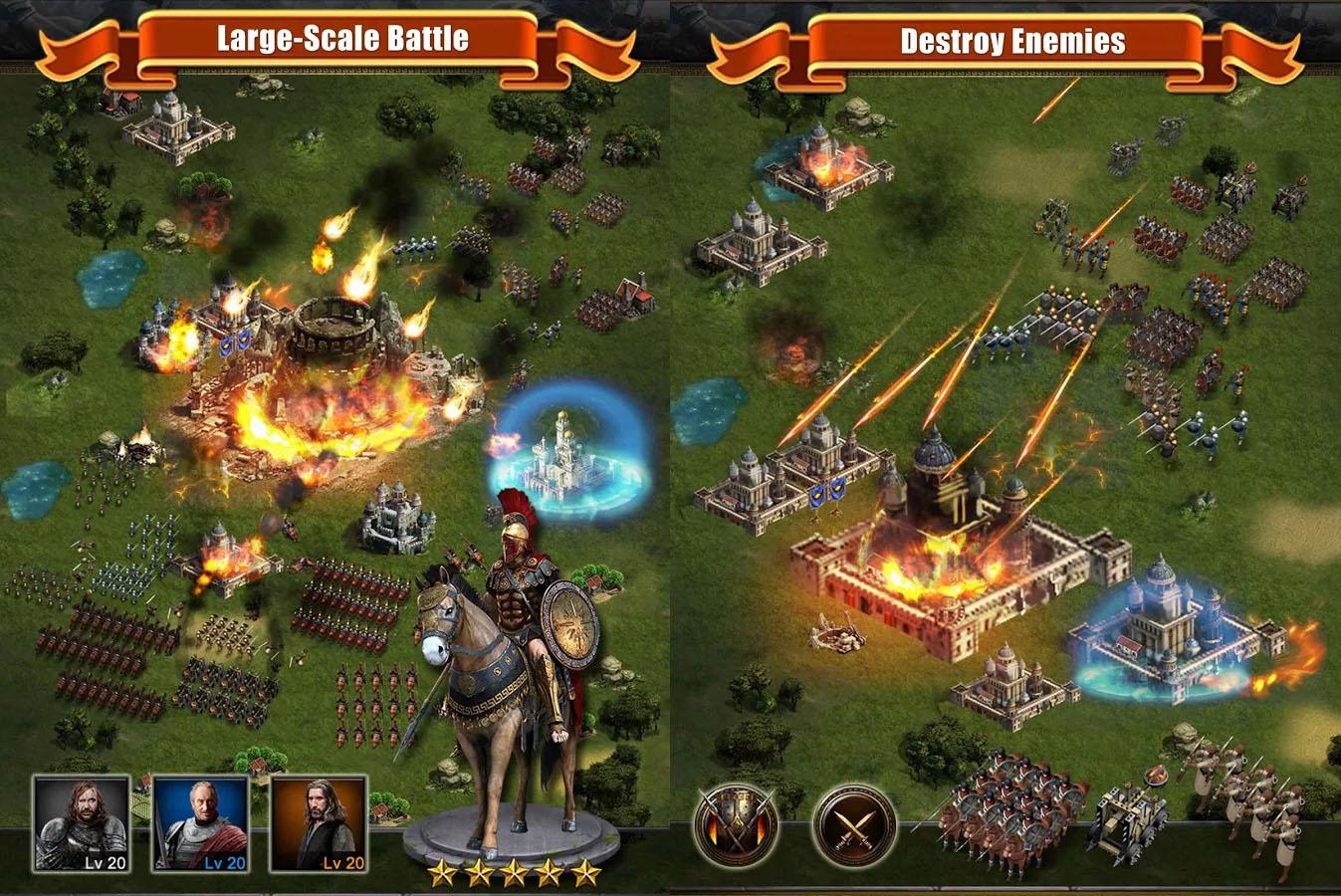 2. Always have the maximum number of military tents, farms and hospitals.

You must always have the maximum number of military tents, farms with food and several hospitals (preferably more than 3) with the highest possible level. These three types of buildings are the most valuable assets in the struggle for power. Sawmills are less important because timber is the easiest to get in the world and has no expense to maintain troops.

At the beginning of the game, you are equipped with a peace shield until your castle reaches level 6 or until you attack someone, after which you lose your peace status and can be attacked. (Total peace shield is valid for 3 days from the beginning of the game)We recommend that you use this time to create a good base for the rest of the game.Upgrade all buildings to maximum level and research all sciences in the academy, and of course prepare the troops of the maximum available level.

At the beginning of the game you get the means to create basic troops: Militia, Riders, Shortbow Warriors, and Trebuchetes. These are the main type of troops and are easily killed by higher level troops. Our advice is to quickly get to a level 5 castle with all maximum level buildings and fully learned sciences. Then start training level 2 troops. (You can see the requirements for unlocking higher level troops in the details section of that building).

Once the player has upgraded everything to level 5 and has amassed at least 5,000 level 2 troops, we advise moving on to building a level 6 castle. (Here you can decide to either keep the starting player's Peace Shield until it expires or break it sooner.)

6. The academy is your backbone

By studying the relevant sciences at the academy you will be able to train more troops in less time, this will serve you as a support base for the rapid accumulation of strength.At the beginning of the game food consumption to maintain and train troops is not so large, therefore, training and other things are given quite easily. Over time, as the level of your castle and buildings will increase, the strength and number of your army will increase, along with this gradually and the cost of maintaining troops will exceed the amount of food produced. So you need to find a constant source of food, you can constantly collect food on the world map near your castle. Also collect resources from the food farms in your castle just before training new troops. By sticking to this concept, you can constantly add new troops to your army and improve your castle.

7. Explore to the max research

By doing research at the academy you can quickly become a real threat to your enemies. By researching military science and development you can train a more powerful army more quickly. And with defense and resource research, you can collect more resources faster and defend your accumulated resources more reliably.Beginning players are advised to research as much as possible before you put your castle to upgrade to level 6. After that, without a peace shield, we advise you to research military research first, then development and resources, and then defense last.

8. Lord's Skills - read all descriptions so you don't make the wrong choice

As you gain Lord experience, you will gain new Lord levels. When you level up as a Lord, you are given skill points, which you can use to gain active skills. We advise you to carefully read all skill descriptions and what they give you before you spend your skill points.

9. Monsters are an important part of the game.

10. Moderator of the kingdom - find him, meet him

This is probably one of the most useful things to know.Almost every Kingdom has a MOD (Moderator).(NOTE: Read "Help & Support" about what Moderators do)If there are any questions or problems in the game you should ask him.It is their responsibility to answer your questions.But keep in mind, you have to be polite to them, and speak as clear English as you can(Except when your kingdom has a Russian-speaking MOD)

The more high level traps of each type you have, the more protection the castle has.For a good castle protection, you need to have enough traps with hospitals, and appropriate research to increase their effectiveness.A cool protected castle is considered a castle that has:

If all of this is respected, when you besiege your castle the enemy can lose about 50,000 or more of his troops (depending on the level and strength of your troops), while you do not lose your strength. Since you keep exactly as many defensive troops in your castles as your hospitals can hold. After an attack you will be able to get them back into action if you have enough resources.

12. Recommendations for events by time.

To the left of your castle you can often see a group of tents; they mark the beginning of an event that you have to complete. By participating in the event, you will receive huge bonuses for your development. The event is divided into several time phases, these include gathering resources from the world map, increasing the level of buildings, research science in the academy, training your army and attacking enemy troops. (The last phase (Attack of enemy troops) is usually after the army training phase.) After completing each phase you'll get useful bonuses and game gold. Enter the top 100 phase to get extra bonuses in the event.Immediately build 10 farms with food, and only 4 sawmills.After getting a 5 level you will open up 5 additional cells for construction. Install 8 hospitals in their place. After level 10 you will get 5 more cells. Put 8 military tents in their place.Total at level 10 you should have 10 food, 4 wood, 8 tents and hospitals.At level 15 build 3 Mefril 2 iron.