I have been using the Internet for a long time. Since 1996. That's when there were no routers yet. There were modems that you had to dial up, establish a connection, and listen to them beep. And the maximum speed could be up to 56 kbit/sec. And you had to hope no one would call you because the connection would break up and it was hard to get through to the modem pool. But that's not what I mean. I will tell you how I chose the router for the house and why I stopped at the current one.

Contents hide
1 Why do I need a router?
2 Common router problems
3 Eureka or the best router in the world
4 Best router for the home ever

Why do I need a router?

It's very simple. router or whatever they call it, router, a device that "gives out" the Internet in your apartment or house. That's all you need to know. A router can distribute the Internet via wifi or over wires. There is a difference, usually with wires there is almost no internet speed loss, but with wifi the loss can be from 10 to 90% of the speed supplied by the ISP to the apartment via cable.

A few years ago, my wifi (and cable) speeds dropped quite noticeably. I fought with the ISP for quite a long time, proving that it was his fault. He sent a technician, we configured the router, but there was no real improvement. The speed in the apartment via wifi was below 5 Mbit/sec at the claimed 100. This was frustrating. I switched providers.

It got better. For half a year.

Then the torment of hell began again. True, the speed was floating from 5mbit/sec to 30mbit/sec. During the daytime it was fine, but in the evening or on Champions League nights it was impossible to watch even on cable.

Changed router. Linksys. From experience, it is a very cool router. It helped, too, for exactly half a year. I struggled with my ISP for a while, and then accepted that this is how it works.

Eureka or the best router in the world

And then at one of the training sessions we started talking about the Internet, I don't remember why. And one of the players says that his home wifi Internet gives 90-95 mbps, I did not believe it. He sent a screenshot. I was shocked.

And then I asked him what kind of router he had.

Have you chosen an answer? Go ahead, pick one, and find out if it's right below.

Okay. Think about it some more. And I'll go on with the story.

After such stories, I decided that I wanted such a router. Let's look for it, the price is pretty steep, especially compared to the usual home routers, but I wanted more Internet speed. It was becoming critical for work, because I started to work with Youtube, and there large files to download is often and a lot.

With the cost resigned as a necessary evil.

Let's look for it, but it didn't happen. It's not there, but it's super-expensive.

In the end, it turned out that it was better to take a used one on ebay and bring it to Ukraine cheaper. It's done.

I won't bore you with the details. But I got the router for about $80 for everything.

And yes, this Apple AirPort Extreme is the best router ever.

Best router for the home ever

It's weird how everything Apple does is cool. And what does it look like, eh: 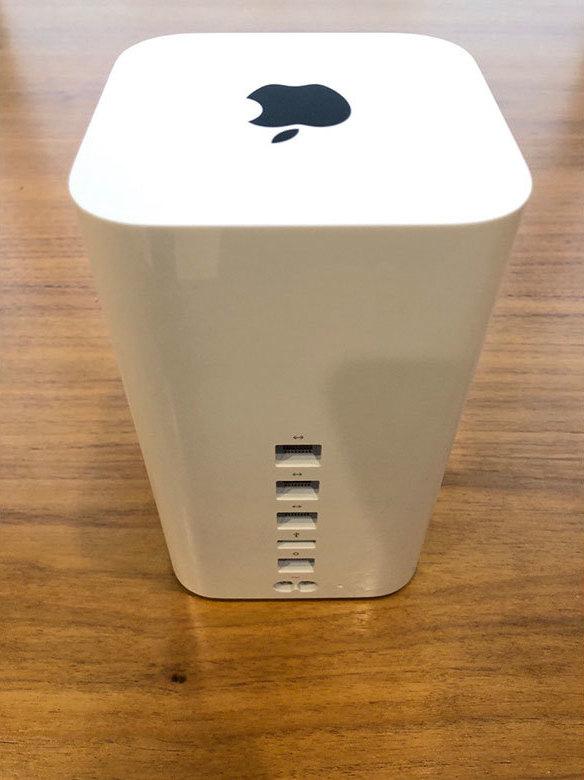 Anyway, here are the speed proufs. I recommend the Apple AirPort Extreme.

Surveillance cameras in the apartment: a whim or a vital necessity

History of the gaming computer mouse: from 1964 to the present day