5x5 mode in "shooters" is considered a classic - the top titlites are trying to maintain this balance of power for a long time, and only in the last few years the developers are trying to move towards the 6x6 battles. The most famous project in this format is Overwatch, and the success of the game attracts other developers to create "its kind". And let the Blizzard's shooter itself can not be called a full-fledged trendsetter, the number of imitators in the market is growing, and Battle Prime for iOS evokes something like this association. Although someone will draw an analogy with Battlefield, for example, but it is only because of the appearance. Well, and maybe because of the name.

In beta mode, the game appeared on July 25, 2019, but the global release is better to start counting from December 6, 2019. I will explain this by the fact that the developers launched a full battle pass for the game, in Battle Prime started the first season, so it is logical to count down from the December date.

Traditionally, you can find such titles in Google Play and in the App Store (link in the description). However, some people wonder whether it is possible to play Battle Prime via emulator. Logical question, by the way - a certain part of the players prefer to play through an emulator, but in a mobile game, so there was an opportunity to cheat and have an advantage over their opponents. In PUBG Mobile, by the way, emulators are strictly filtered by continuous log inspection by Tencent, and those who want to cheat, will play with their own kind. The explanation is quite simple - it turns out that such players just want to score some Achievements, and it is inconvenient (or impossible) to play on the phone. But on popular emulators like Bluestacks or Gameloop there is no support for Battle Prime.

How to play Battle Prime

The gameplay can be defined as "mobile 6x6 shooter with instant respawn," which reinforces the similarity to Overwatch. We choose a character (one of seven) and start fighting our opponents. At first, along with the normal players will be bots, but the higher your rank, the more powerful players will appear on the map. Game modes so far are two - "who kills faster" and "capture the point". The first one is not so exciting, because the game turns into a simple massacre without any special tactics. The second option is more interesting, because there are 3 points, and your first point is a respawn, the second is a draw, and the third is the opponent's respawn. Consequently, you will always fight for the second point - and here there is a place for strategy. It is true that the game is difficult to communicate, so success will only depend on your skill. 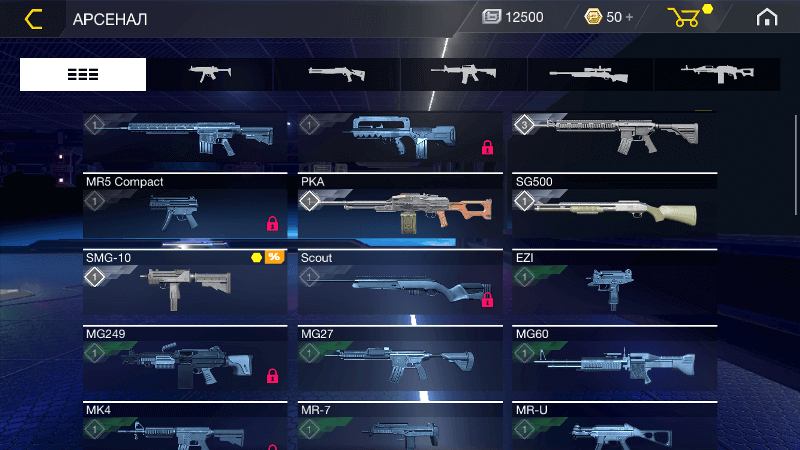 And a little bit about the control - we run with the joystick on the left, on the right we have the "head rotation" area with the interface elements. Here we have a button for shooting, aiming, reloading, crouching and jumping, as well as skills - depending on the selected character the "ultimatum" will change. There is nothing else on the game screen, and well - it would be unnecessary. Oh yeah, I almost forgot about the map - it's here too, and I highly recommend keeping an eye on it. 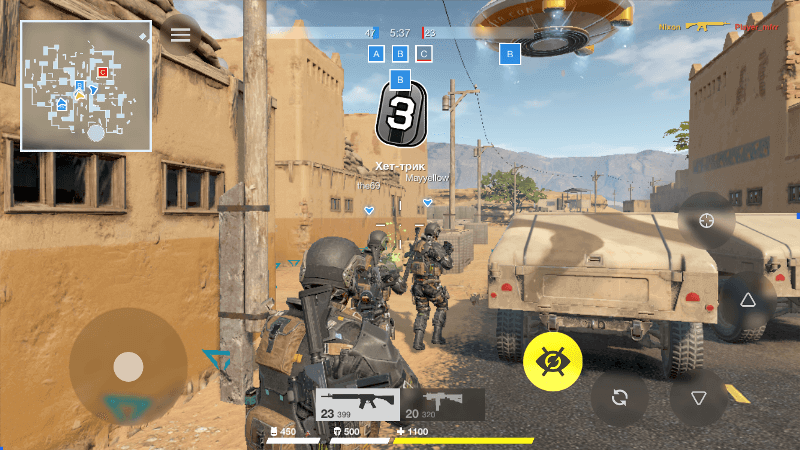 As I said, there are 7 characters in the game that you'll get either for lootboxes or for reaching a certain level (including if you bought a premium subscription). Among them:

How to win in Battle Prime

I found a few tricks to help you be more effective in combat, and I'm going to share them:

A special feature of the mini-map is that you can see how your enemies move. Match this with what you see on the screen - your opponents are indicated by red arrows, and you don't even need "X-ray vision" to locate them. Get ahead of them - catch them with prefires and shoot them from a distance. If the concentration of enemies is high, go around from behind or to the side, don't stand still. 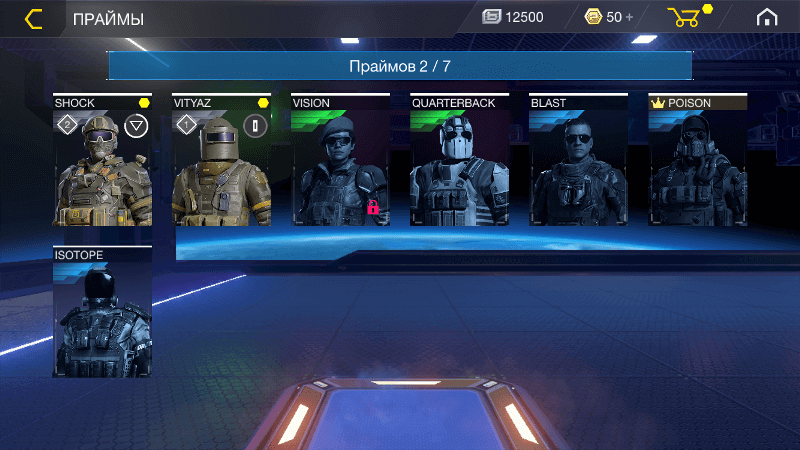 The game has recoil, which introduces an element of competitivism - you need to be able to control your weapon to effectively shoot back at enemies. Although it's not as complicated as in CS:GO - the weapon just goes up when spraying, so you need to keep lowering the sight to hit your opponents' figures. Learning to shoot from the scope is a very cool skill that allows you to catch all enemies from cover and be out of range.

In a firefight don't stand still - move to the right and left to make it harder for the enemy to hit. I'm not sure if there are hitboxes in the game or not (please write back in the comments), but it seems that when shooting in the head there is increased damage. In general, it will be harder to hit your figure. There is no need to shoot from a crouch - the weapon shoots equally accurately and equally intensely to the shoulder. 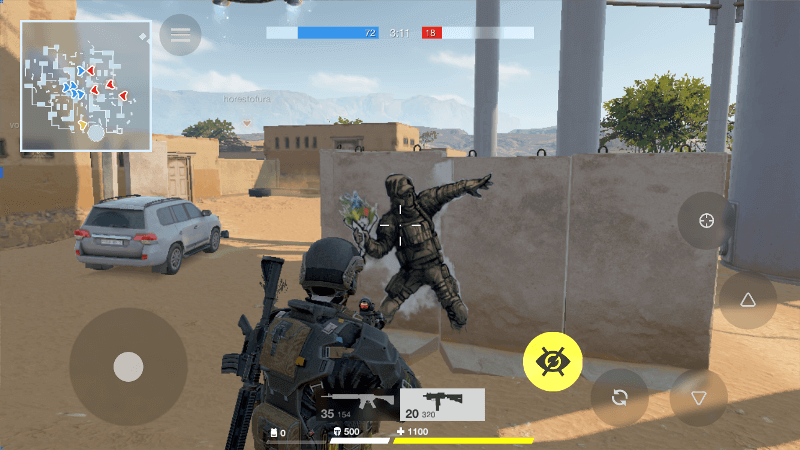 The game is free, which means that you will still be forced to donate. And the best way is, of course, to pump up your weapons and characters. As it turns out, this is a very important aspect of the game, because you can significantly stabilize weapons with compensators and butts (hello PUBG), increase the health of your character and so on. So don't forget about pumping.

I would not say that Battle Prime is a revelation, especially since some of the high-flown epithets that are in the description of the application, it does not match. But, nevertheless, it is an interesting online shooter, which replaces other competitive shooters, and it has short game sessions, not unlike PUBG Mobile. It has a good rating and a large community - the game you will find in less than 10 seconds, which is also pleased. In short, try it.