Version 2.0 of the super-hit Angry Birds from the Finnish company Rovio was released in August 2015.In Angry Birds 2 fans of the game waiting for incredible graphics, complex multi-stage levels, tricky pigbosses and more destructibility of the game world. 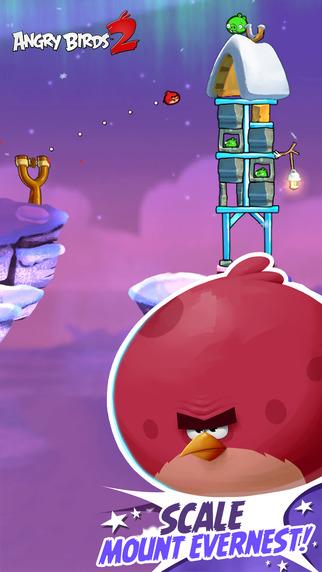 The fact that this game is very popular is confirmed by the speed of downloads Angry Birds 2 - within the first 12 hours after the release the game was installed to users more than a million times. After only two weeks the number of downloads exceeded 30 million! Wow! Impressive, isn't it? 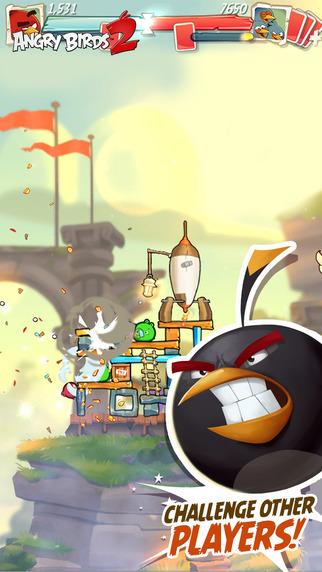 The game has 200 levels, which become more and more difficult as you pass. The graphics have become more detailed and animated.There is also a new bird Silver - the Silverbird. Its distinctive ability is to make a dead loop in the air and rapidly fall down. 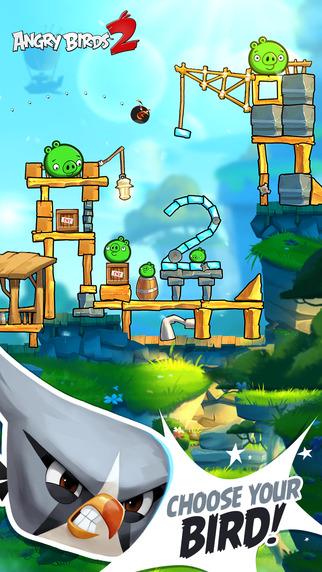 Of the pluses - there is a free choice of birds by the player himself, the ability to launch "magic spells" - an invasion of ducks, freeze, and so on. After passing level 25 opens the so-called Arena, where you can compete with players from all over the world and receive for this various nice bonuses. 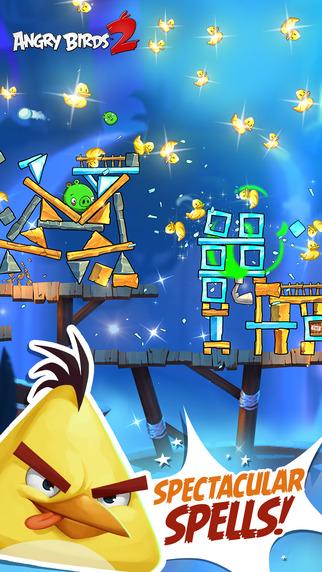 Of the minuses - if you 5 times in a row could not pass any level - you have to pay with crystals (which, in turn, are bought with real money) or watch ads. Well, or wait a while until you regain the ability to play further. 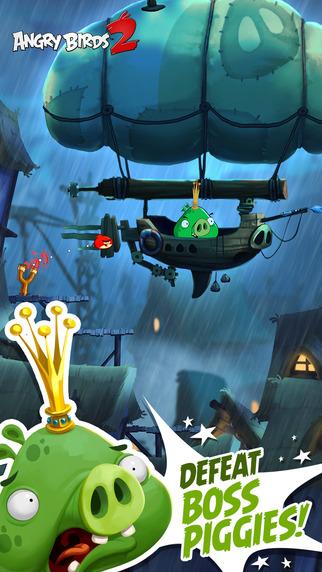 The latest Angry Birds 2 update was released on December 17, 2015. It added 20 new levels, a new area - Mount Evernest, new pigbosses, the ability to earn stars in tournaments, and much more.Yes, the addictive game - "time killer" will enjoy both adults and children! It turned out to be no less interesting and exciting than its first part.Download from the App Store