In 2021, we expect a pretty decent number of mobile games for mobile devices. Most of them are outright crap, but there are some good ones. We will keep an eye on them with our editorial team. With this publication we want to select the most anticipated games in 2021, not only by the Epps4 editorial team, but also by the global public. They, with 99% probability, will be on everyone's ears, who in one way or another is involved in mobile gaming.

And I want to point out right away that not all games made it onto the waiting list. The reasons are different: we didn't know about it, we didn't think it was important, we made a mistake and so on. So if you think some game should be on the list and we should wait for its release - write about it in the comments. That would be interesting.

The most anticipated mobile games in 2021

Despite the bad press that Diablo Immortal got after it was first announced, it looks like it's shaping up to be a pretty good (great!) ARPG that will finally be released this year (but that's not certain). Just recently completed a technical alpha test in Australia on Android. Reviews are very, very good, as reported literally the other day at Blizcon Online 2021. I still can't figure out how much of a failure it will be or a great one, waiting for the release or access to any beta.

There is no news about the global release date. No news at all. Any news about when Diablo Immortal will be released will be a hoax, so we wait for official releases from Blizzard.

What I want to point out is that in this article I'm collecting all available information on Diablo. Stay tuned.

Blizzard has confirmed that there will be in-app (in-game) purchases that will not affect gameplay or gameplay principles in any way. Equipment will only be available through battles with monsters. But some experts still have questions.

Personally, I'm really looking forward to Diablo Immortal. Just because I'm a fan of the Diablo series for the PC, but now I only have time for mobile short sessions. So I'm very much looking forward to it, especially the single-player content that Diablo is usually famous for. Of course, I registered for the beta a long time ago. So, if anyone also wants to participate - register, but it's not 100% - lottery.

I should note that the list was compiled at random, with no strong expectations or likes and dislikes.

Another game that has been rumored all year 2020 is Pokemon Unite. It's a MOBA with Pokémon characters. It is being developed by The Pokemon in collaboration with Tencent Games (surprise, right? In case anyone isn't into it, it's the publisher of one of the most popular MOBAs, Arena of Valor). In addition to the mobile platform, Pokémon Unite will also be available on Nintendo Switch.

The good news is that it's already out in beta in China, so chances are it will be out this year. But there is no exact release date.

You can find gameplay on YouTube. To be honest, it looks so-so. That is, as a normal MOBA, so if the developers do not bring something more interesting than MOBA with Pokémon, then it will fail. Although, if it is made for the Chinese and Korean market, and not for Europe and the States, then no questions.

A large number of fans are expecting something more from Pokémon Unite. Well, the greater will be the disappointment 🙂

Odin: Valhalla Rising is an upcoming MMORPG that visually looks super impressive. The developers promise a completely open world with no loading screens, and there's little doubt about that. But even if there is minimal loading, I'm willing to "tolerate" it. Everything really does look great. 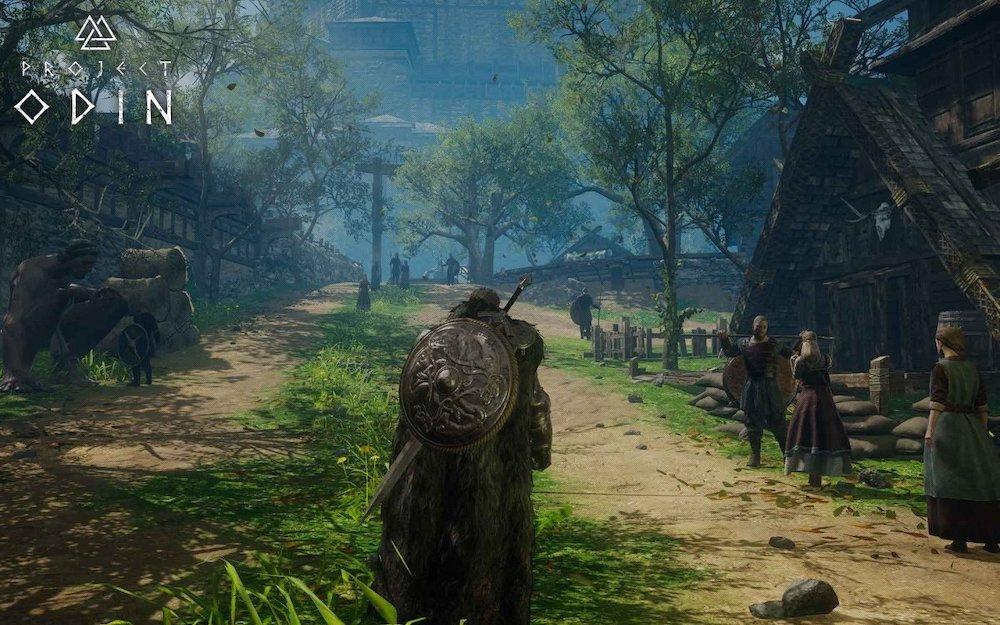 As for the overall style, it has a lot from Scandinavian mythology, even though it's made by the Chinese. There will be 4 unique classes and 4 different worlds, whatever that means.

What's also interesting is that it will run on both PCs and mobile devices. Somewhat similar to Genshin Impactwho made a fuss last year.

What we do know about the launch is that Kakao Games has promised a launch in the second half of 2021. Korea only. If all goes well, maybe in late 2021 or early 2022, we'll already see an international beta, which is what I hope. But the developers haven't confirmed it yet.

Pre-registration is now available. For those who have a Korean phone or Cocoa account.

Released on PC in 2012, Path of Exile won the hearts of Diablo fans. Especially after the release of Diablo 3. The game is a bright alternative to Diablo, I highly recommend playing it on PC. Well, I'm waiting for the mobile Path of Exile, which should, as usual, surpass its teacher (Diablo), now in mobile games. 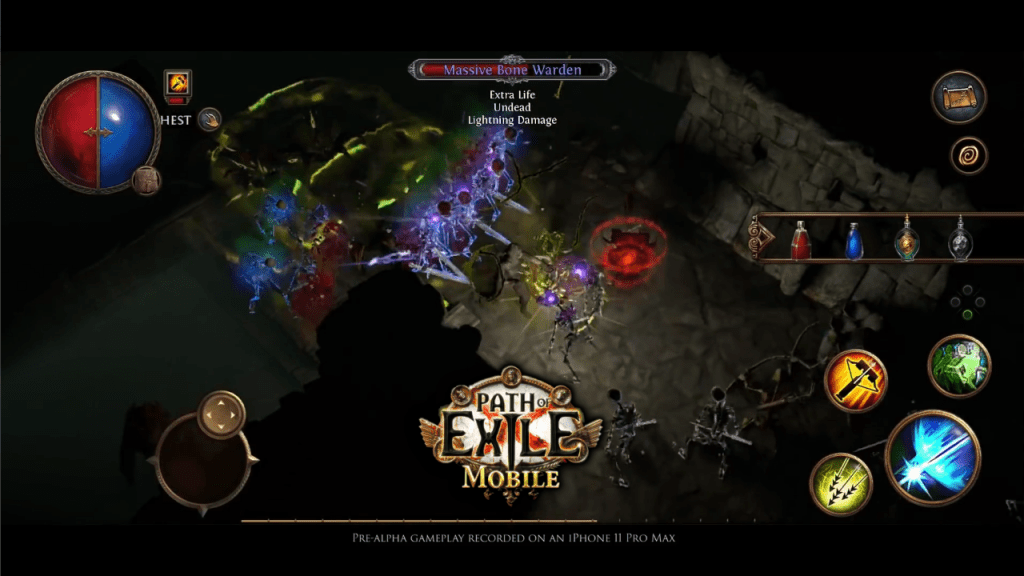 A mobile game called Devil May Cry: Pinnacle of Combat is coming this year. More than 150 thousand people have pre-registered for this action-adventure hack'n'slash game, and it is currently in beta testing in China. 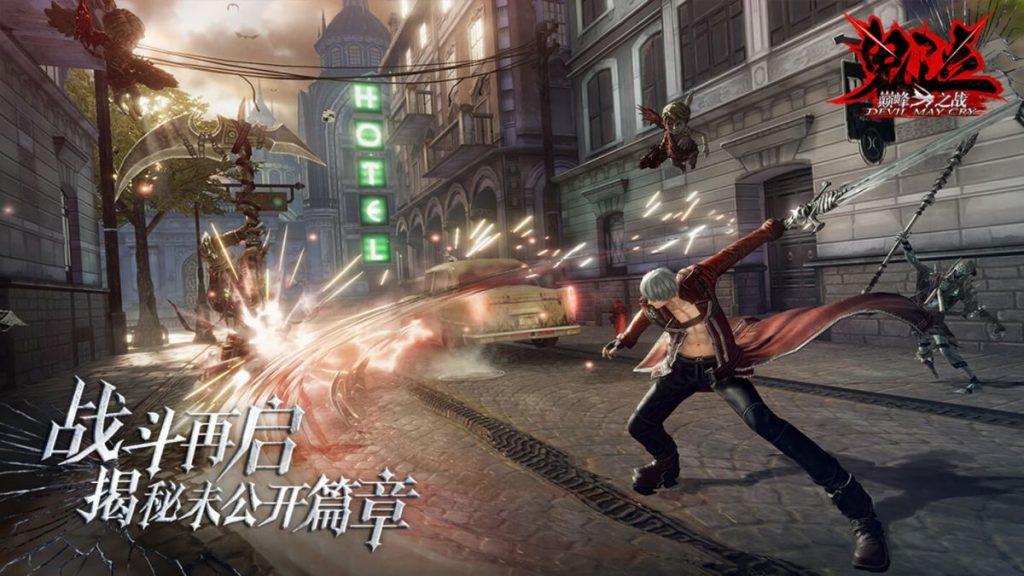 It seems like it's actually a full-fledged 3D ARPG, but the video footage I watched reminds me a bit of Honkai Impact 3, which came out a few years ago. But let's not set ourselves up for bad things in advance, let's wait for the game's release.

Devil May Cry is known for its excessive combat, and I really hope they can bring that to the mobile version as well. All that beauty.

This next game is for Harry Potter fans. I won't say that I'm waiting for it or that I'm in rapture, no. Its announcements say it might be interesting. It's a story-based role-playing game with card combat, where we can use cards to move the character and then use cards to trigger abilities. It looks interesting and fun. It looks especially tempting - cooperative battles with friends. 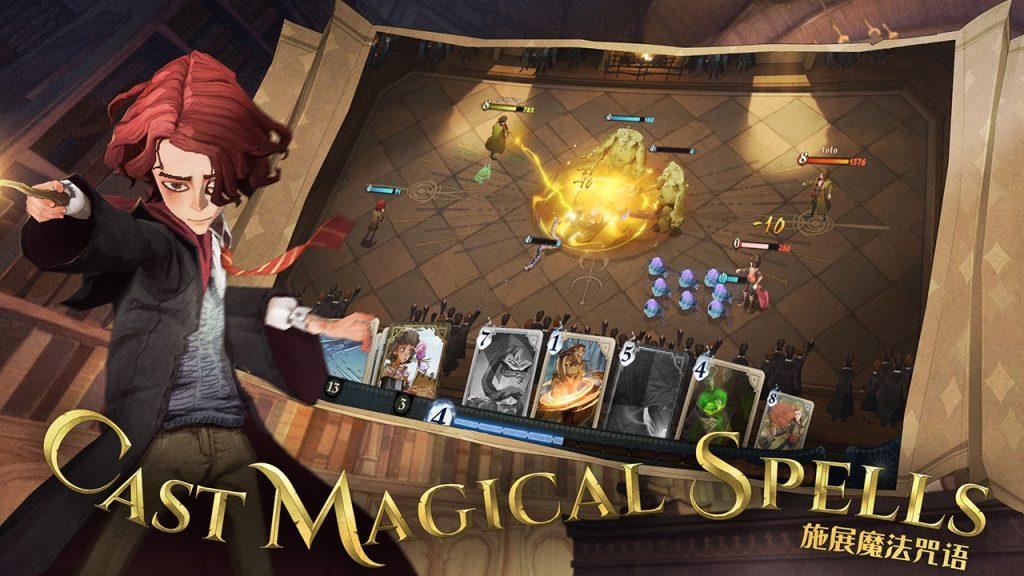 It looks like it's going to be something new, not a hackneyed gacha game.

From what I can tell from the gameplay videos, there's even 1v1 PvP, where you have to dodge enemy attacks using ability cards, as well as throw magic spells at the enemy.

The beta has already been released in China, and it is likely to enter global alpha/beta testing this year.

One of the most anticipated games of 2021 is Catalyst Black. It's new from SuperEvilMegaCorp, creators of Vainglory, which was one of the earliest cool and beautiful MOBAs on mobile.

Catalyst Black is a shooter. But from the third person, as in the same Vaiglory. It is steeped in the team actions that are popular in PC shooters, like: capture the flag, hold the zone, guide the wagon, and so on. All in all, more obscure than comprehensible, awaiting release 🙂 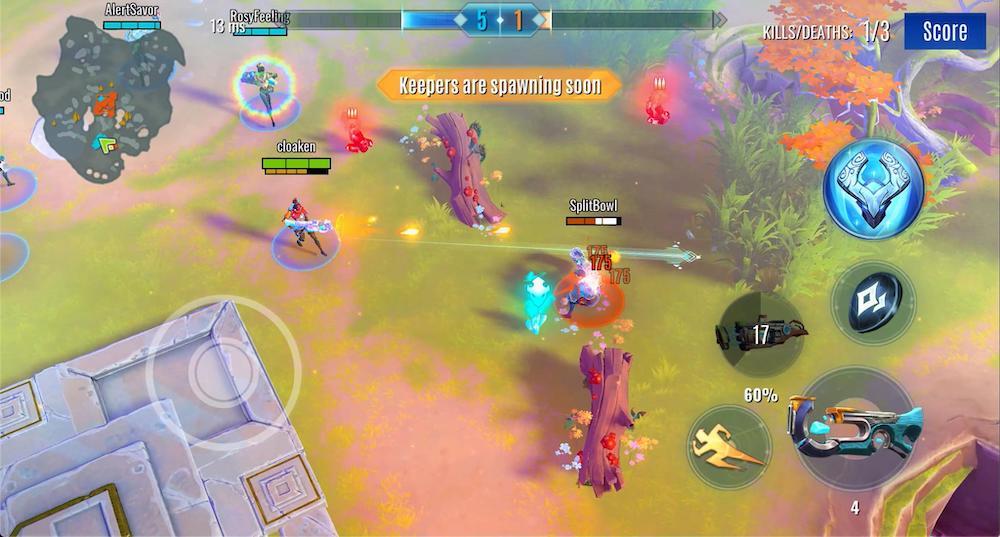 And yes, there will be support for both Android and iOS controllers.

Is in early access right now, but a full/beta launch is definitely expected this year.

Ni No Kuni Cross Worlds is an MMORPG. A lot says it has the potential to be one of the most interesting this year.

Ni No Kuni Cross Worlds with a completely open world. From the videos I've watched, it reminds me a bit of Genshin Impact. We will have 5 character classes to choose from: Destroyer, Witch, Rogue, Swordsman or Engineer, and the graphics are Studio Ghibli style. The graphics look fantastic. So if the rest of the installments are as cool, it will be awesome. 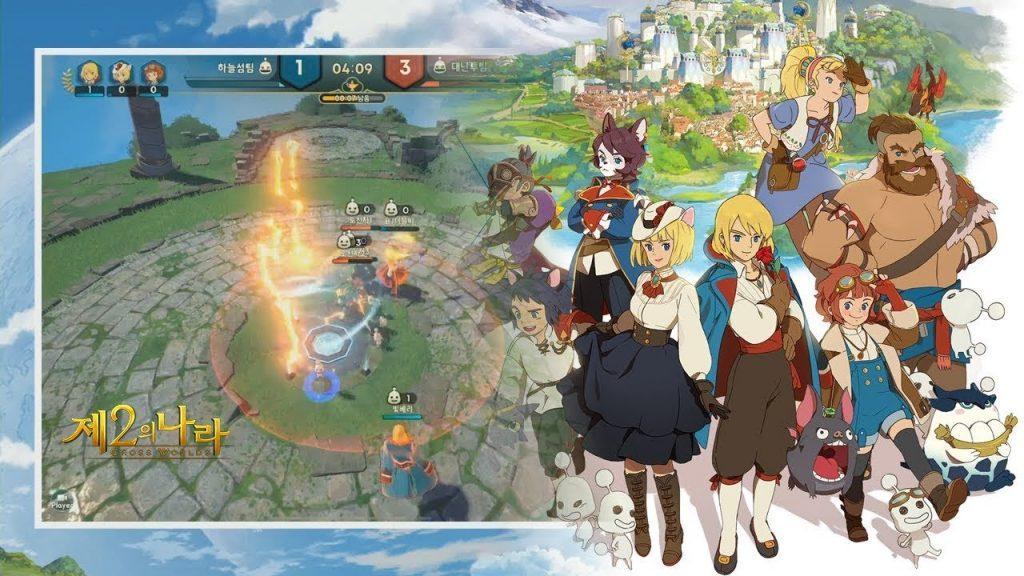 Unfortunately, it's published by Netmarble, so I'm concerned about monetization :), but need to make sure after the game is published 🙂

Summons again, you might say, but the original Summoners War was probably the biggest revelation of 2015. Now the developers are back, and instead of a turn-based strategy game, it's a real-time MMORPG based on the characters and overall franchise of the original game. 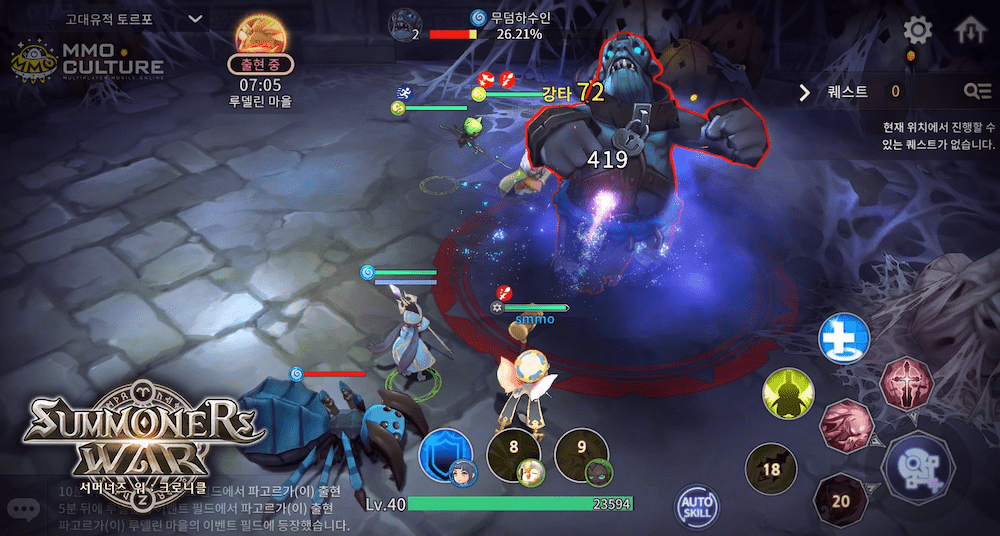 The most unique thing about the combat system is that we seem to be able to choose 3 characters, each capable of summoning monsters that help us in combat. Let's hope this helps differentiate the game from all the other MMORPGs on this list.

Summoners War: Chronicle was supposed to be released in 2020, but due to delays (hello, Corona virus) it is now scheduled for April-June this year. I think it's geared toward the existing fan base, but who knows - it might end up being a positive surprise for me.

A game for fans of the old-school tactical MMORPG. Within the genre, the most anticipated game of 2021 may be the dystopian upcoming role-playing game Taern: Broken Ranks (tairn), which will be released for mobile, web and PC. 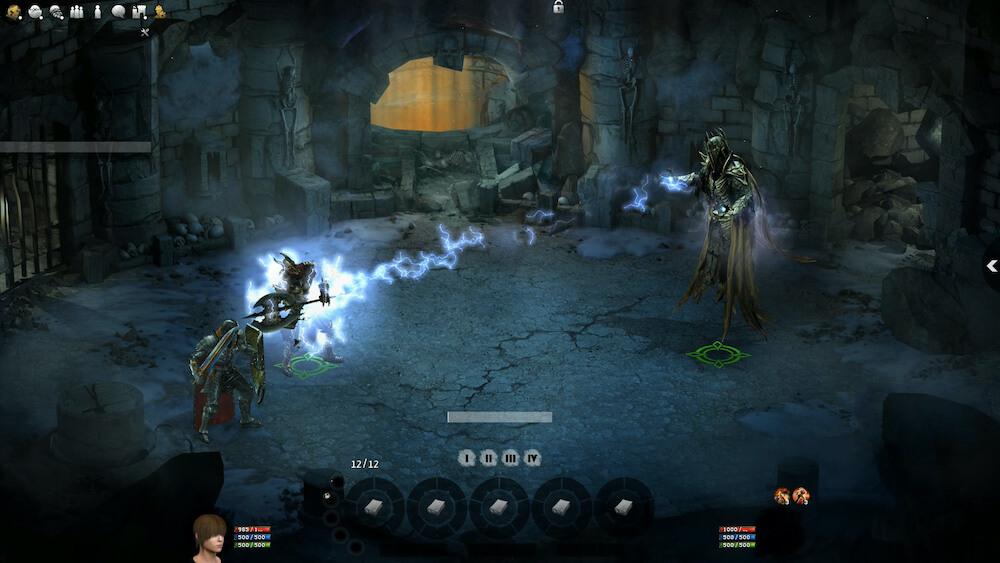 It is said that in developing the game, the creators were inspired by isometric RPGs such as Baldur's Gate and even Heroes of Might and Magic. And if they can deliver on those promises, it could prove to be one of the most interesting outings within this MMORPG sub-genre.

There is no specific appearance date yet, but the authors seem to be working on a release in 2021 for most platforms.

Already came out! It's a top!

Also coming out this year is the collectible card game Magic: The Gathering Arena. It was first released on PC in 2019, and just recently released in Early Access on Android, with a full mobile version and a cross-platform game planned for later this year. 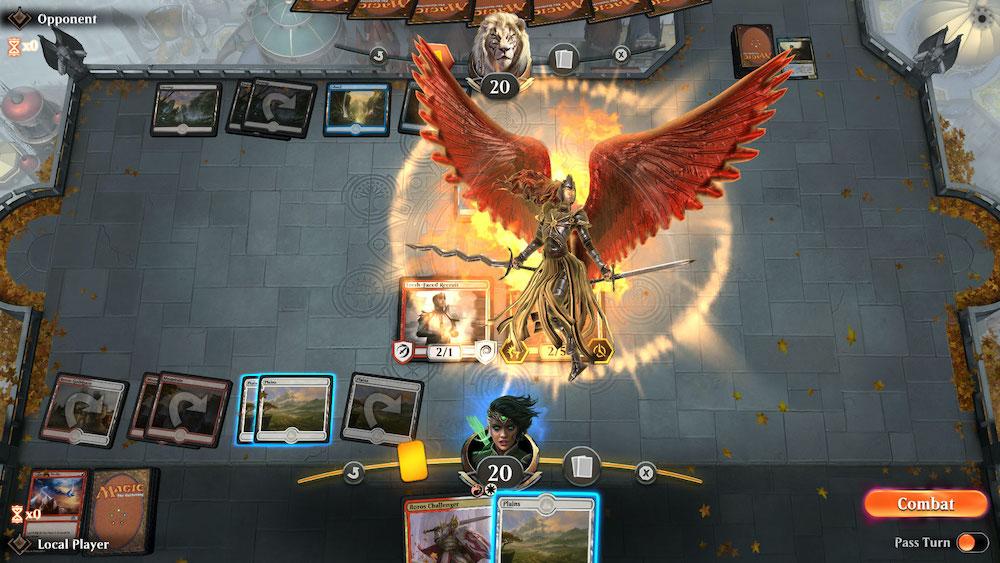 I know there are already a lot of great CCGs on mobile, such as Legends of Runeterra, GWENT and Hearthstone, but what's interesting about Magic The Gathering Arena is that the PC version is already quite popular on Twitch, so there's definitely hype and a lot of people waiting for a mobile release.

The mobile game Hunting Time has almost half a million pre-registrations. And that number means something :). According to some versions, it's the most anticipated game of the year, not to mention Diablo. 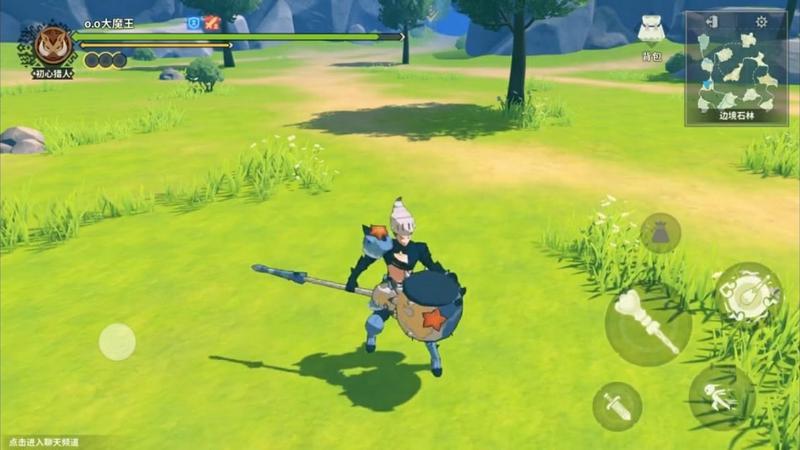 Time to Hunt is an action role-playing game with a huge number of monsters and even dragons that can be fought either alone or with a team of up to 4 players. Also a big part of the game is building your own little house with over 200 available buildings, water plants and many other survival and living simulations.

The graphics are also similar to Genshin Impact, but with its own peculiarities. But everything is just as bright, beautiful, and colorful.

No news on a global release date yet, but I'm hoping for a late beta test of 2021.

Now, for a couple of honorable mentions that didn't make it into this post...

Expecting other mobile games? Write in the comments, we'll wait together).