The year 2016 is coming to an end. Apple's Appstore is beginning to summarize the first results by publishing its lists of the best apps of 2016. It's hard to say what criteria the jury was guided by, because we haven't even heard of some apps during the year, let alone call them the best. Nevertheless, our magazine could not pass by this list and we make a review article about the best apps of 2016 according to Appstore. The award-winning mobile apps are listed in alphabetical order.

Best apps of 2016 according to the App Store 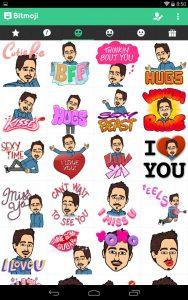 Icons - emoticons have become an integral part of our lives. It is absolutely impossible to imagine today's correspondence without cute emoticons expressing various human emotions or just cute pictures instead of words. The Bitmoji app offers you to go even further and... create your own emotion stickers. That's right, you heard right. Now it's easy to create your own stickers. So, if you are obsessed with messages, not too formal in them, creative, then this app is absolutely for you.Download in the App Store and on Google Play.

Easy music - give kids an ear for music

A totally awesome app for moms. Actually, no, for kids. Or for moms. For moms and kids ages 6 and up. In game style, with great music, teaches notes, rhythm and melodies. All this happens in play mode, in 4 interactive worlds. Kids can learn different instruments, hear what they sound like and even play them, and even put together their own piece of music. Easy music teaches how to listen and hear music. The app is created with the support of music professors, such as Evan Fain. There is support for the Russian language.Download in the App Store and on Google Play.Folioscope 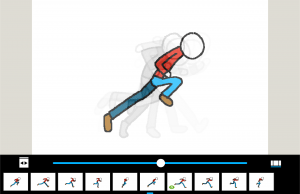 Apple has always been a creative company. It also supports the creative creations of its developers, which is the Folioscope app. Remember the children's game, when in the corner of a thick notebook of 96 sheets we drew whole lives from comic books, and then flipping through it in accelerated mode - we got a funny video. This app also lets you make a video from a set of pre-drawn frames. Totally awesome and cute app. I installed it and like a kid, I spent an hour creating little cartoons. Despite all the simplicity of the app, it gives you to develop a brain and develops creativity. You can download the app absolutely free.Download in the App Store.Watch the video to understand more. No problem, watch the video below.https://www.youtube.com/watch?v=Xvoz7SewOO0 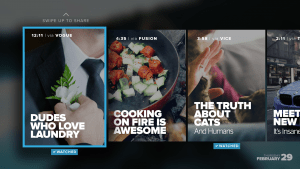 Developers continue to experiment with video capture formats. And here's the old Hyper app, but with a whole new approach to video capture. What's more, the app is designed as a video social network, with new and interesting videos being uploaded every second. Frankly, I can't think of any reason why this app would become popular in our country, but in the West, it has been the winner of the title of Apple's Best App of the Year for the second year in a row.Download from the App Store. 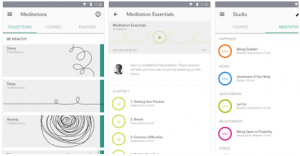 I honestly don't understand why this app was in the top of the best for 2016. But well, we didn't choose it :). The app has over 200 programs for various meditations. It contains very detailed instructions on how to meditate, how to calm your mind and your body. Perfect for those looking for harmony within. Unfortunately, the app is only in English.Download from the App Store and Google Play.

Perhaps one of the apps that could be awarded the prize for best app of 2016. It's the one that set the bar in applying filters to photos. As a reminder, Prisma doesn't just apply a filter, but that filter is different every time, even though it follows the same rule. By filter here, I mean that each time through a neural network the application turns (I can't find another word) your photo into a work of art, in the style used by the great painters Van Gogh, Picasso, Levitan and others.Download in the App Store and on Google Play. 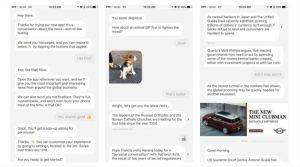 A new app with new news in your pocket. An interesting approach - the news is displayed as a text chat with your buddy. According to the developers, it is not a bot, but quite a live person. I do not know, I do not know, maybe hired a few million Chinese and Indians? Anyway, there is no support for the Russian language. Naturally, because we will be more expensive :).Download from the App Store. 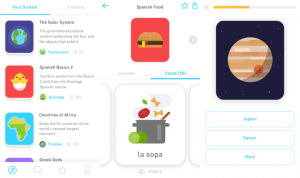 The developers of Duolingo have created another masterpiece. How do they say? Learning languages has become even easier, more fun and effective. Game mechanics of learning a language on cards moved to a cell phone. That's all. What could be easier? The game form is just beautiful, the pictures and images are fun and interesting. The app can rightfully be considered the discovery of the year and should be installed in every phone of a person who learns new languages. And quite expected - completely free. And there is no Russian or Ukrainian language yet, there is only support for English.Download in the App Store. 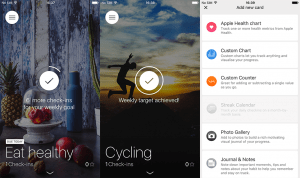 With Today (play on words - with Today), it's no longer difficult to develop a new habit. Pick a habit, give it a name, choose how often you want to do it, set a reminder, and set a start date. That's it. The app will keep reminding you and monitoring the success of your new habit. During the tasks of daily or other habits, you can record your successes or facts to videos, photos, and make notes and tell your friends about it all. In this sense, social communication is set up for everything 100%, a very good and useful app indeed. Here we should mention the design and great usability of the app, very cool.Download in the App Store. 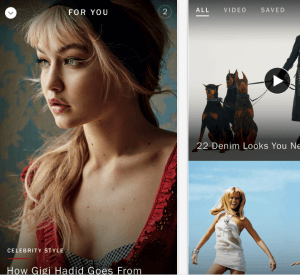 The updated Vogue app was released in April 2016, and until December 2016 it kept everyone on the Appstore in suspense and admiration. Otherwise I can't explain why this app is in the top of the best. In terms of design, usability, and overall beauty, it unquestionably deserves the highest marks. It just has a somewhat narrow audience, and even more so in our country. And yet - congratulations. In the app itself, girls, you can find a lot of useful articles from Vogue, a lot of celebrities, clothes and accessories, couture fashion and stylish life. You can watch videos or save articles to read offline. Download for free and enjoy.Download from the App Store.